The wrestling team hosted their Viking Invitational Tournament this past weekend and this was a huge success. A lot of the wrestlers got their first taste of victory and the following wrestlers went undefeated-

All the wrestlers demonstrated the Viking Strong mentality and represented the school very well.

This past Monday and Tuesday, our very own Logan Stewart (Senior, Bass 2 in Mainstream Choir) participated in the Middle Tennessee Vocal Association Choir rehearsals in Brentwood Tennessee. This concluded with a performance last night which was amazing! Over 3000 students from Middle Tennessee auditioned for this opportunity and Logan was one of 120 men selected not only for Mid-State Men’s Choir, but he is also going to be performing with the All-State Men’s choir in February where students from all over the state have auditioned to be accepted. Logan not only represents his school, but he also is the only student to make it into either Mid-State or All-State in the entire Montgomery County District. Acceptance into All-State means that he ranked in the top 40 of 120 accepted out of the 3000+ that auditioned. I am very proud of Logan and we are all expecting great things from him.

Another accomplishment comes from our very own Lacey Patterson (Soprano 1 in Mainstream Choir) who was accepted to sing in a 1000 voice choir that will be performing at the Ryman Auditorium with the Nashville Pops Orchestra and soloist Kathie Lee Gifford in their concert “1,000 Voices of Christmas”. This is an accomplishment that was awarded to her for her involvement in other community events such as the Welcome Home Veteran’s Wreath Laying Ceremony at Beachaven Winery and for her participation with the Middle Tennessee Vocal Association. Lacey has a BEAUTIFUL voice and we are lucky to have her with us representing Northwest High School at the Ryman Auditorium this coming Sunday, November 17th. This event will later be televised on national television sometime in December. 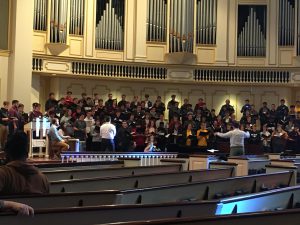 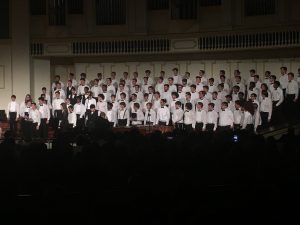 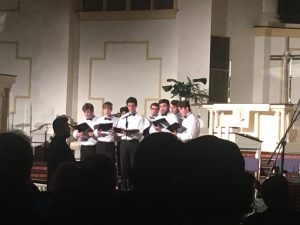